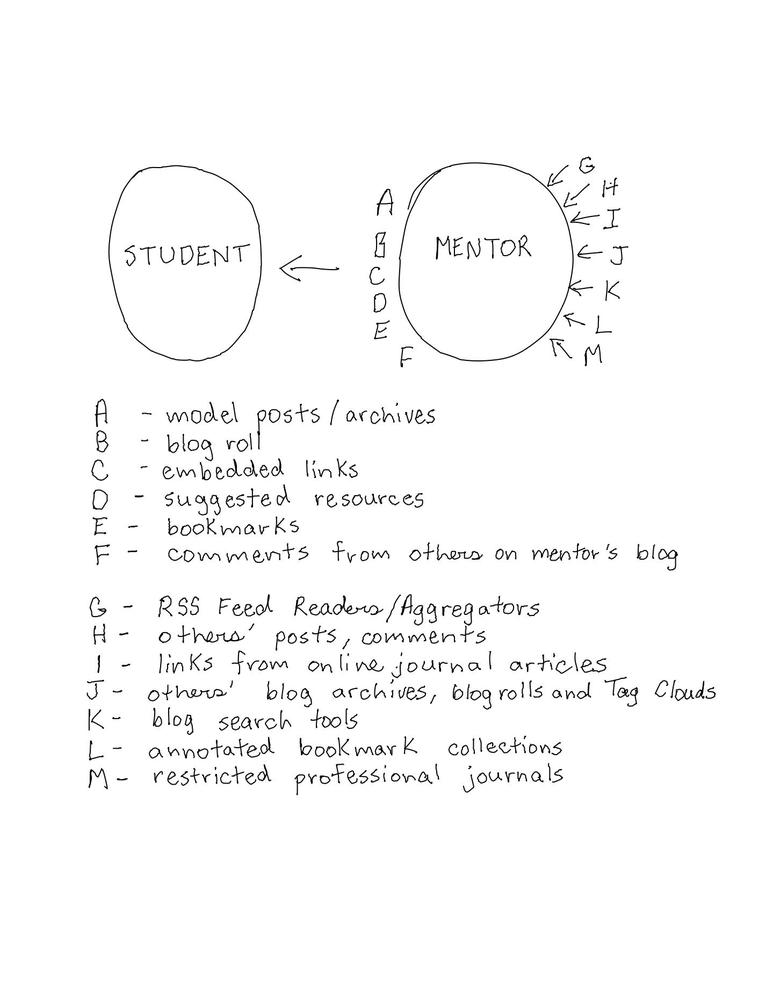 Encourage learners to embrace the role of becoming personal story-tellers to tell their own stories;

Empower learners to practice self-expression and build confidence to listen and speak with strong voices to self and others;

What are the unique features of blogs that make it a more optimal tool for learning?

Blogs capture learners’ stories only when students are giving themselves permission to articulate ideas with passion.

This is not what is happening with group edublogs today.

In a typical group edublog setting, the majority of interactions are through the filter of a central authority, the instructor. Most interactions do not reflect what the students really feel or think. Emotional comments and feelings of frustration are commonly withheld by most learners concerned about the impression made on others. Most posts are carefully contrived guesses at what the expert assessor thinks is the best way to post, consequently rewarded for grades. These guesses and calculations made by student bloggers are based on a list of cues provided by the instructor. Careful attention is given to how others interact, what script (tone, style, language) is used when a post is successful, that is, when it has been commented on by the instructor. Furthermore, students calculate the likelihood of creating an orphaned post, a post that receives no comments whatsoever, despite the amount of time spent carefully organizing the thoughts. Orphaned posts, unsurprisingly, are to be avoided.

Oftentimes, within a group blogging environment, those students who do not experiment, express ideas openly, digress, or complain, are rewarded. The student perspective of tentativeness and guarded, calculating blogging is mirrored by the instructor’s approach to blogging, in that there is an absence of playfulness, of wit, of openness to dialogue and discussion. This selective guardedness on the part of the instructor extends to beyond the group, where no outsider is allowed to engage in conversation with the participants. Attempts by outsiders to build rapport is halted by silence. By remaining silent to outsiders, instructors model the expectation that the students should do the same.

Typically, in a group blog setting, learners are told to review specific texts, then answer specific questions. Everyone answers the same questions so specifically given the parameters, that by the fifth student’s post, most of what needs to be discussed has been already covered. In groups of between 3 and 5 learners, this would be fine, as students could then build on each others’ ideas, given more elaborate instructions, examples of past students’ posts ont he same topic, and the feedback of both the instructor and several outside guest experts volunteering to join the discussions.

What in fact, happens, however, is that students go into panic mode, and many do a loss/benefit calculation, coming up with a list of strategies:

2. engage in repeating most of what has already been said,

3. remain silent, making sure to participate early in the next post cycle rather than lose face,

4. give apologies, and state you have been busy,

5. make excuses that you have not read the article, and adopt the role of reviewer of what the posters have contributed,

6. get frustrated, and go into silent mode, calculating that the time and energy spent on the “stupid” blogging activity is not worth the grades assigned to it anyways, and devote the time to the other activities.